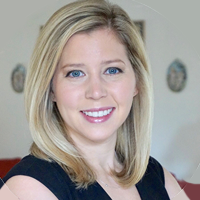 Prior to joining MRLV, Diana was an Associate at Flagship Pioneering where she was a member of the company creation team. Diana contributed to conceiving and building companies, leading efforts to develop corporate vision and strategy as well as raising seed funding. Prior to her role at Flagship, Diana completed her PhD in Pharmacology at the University of Pennsylvania focused on the role of epigenetics in diabetes and developed a technology to alter gene expression by targeted epigenetic modifications as a novel treatment strategy.

Prior to obtaining her Ph.D., Diana was a project manager at Sigma-Tau Pharmaceuticals (now Leadiant Biosciences), defining and driving many aspects of drug development for rare disease programs. Prior to joining Sigma-Tau, she was an Associate in PricewaterhouseCoopers Health Industry Advisory practice focused on merging operations in support of a large biotech acquisition.