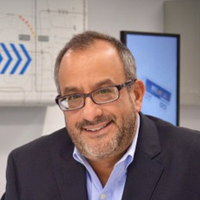 Providing the leadership and vision that drives the organization’s mission forward, Brian Gaines recently celebrated five years as the Chief Executive Officer of Learning Undefeated. Brian joined Learning Undefeated in 2012 after serving as Executive Director of the Washington Redskins Charitable Foundation. He has spent most of his professional career creating and working for several entrepreneurial endeavors at the intersection of the for-profit and nonprofit worlds.

In previous roles, Brian has held leadership positions with two of America’s most effective social change organizations: College Summit and KaBOOM! Brian also was the Founding Executive Director of the Joshua Venture, a national venture philanthropy fund working to launch and support innovative nonprofits. In his business career, he was the CEO and Managing Partner of a chain of Ben & Jerry’s retail outlets in the San Francisco Bay Area and served as the Western Regional Business Manager for Ben & Jerry’s Homemade, Inc. He has also helped to found several other nonprofit organizations and served as the President of the San Francisco Human Services Commission.