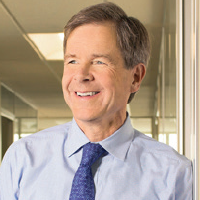 Dr. Robert Linblad is the Chief Medical Officer at Emmes. After 20 years as a physician in emergency medicine, Lindblad decided it was time for a change. After four years as a consultant for Emmes, he was offered the job as our first chief medical officer. Linblad’s first job was as an emergency physician, dividing his time between two different hospitals in the Philadelphia area. He worked at five other hospitals in different parts of the country over the following 33 years. In 1997, he started consulting at Emmes and a few years later, he joined the Food and Drug Administration as a medical officer.