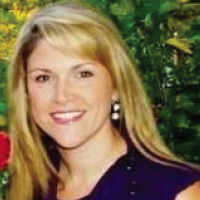 Nicole Palya Wood serves as the Senior Director of State Advocacy for the Mid-Atlantic Region. She is responsible for developing and implementing comprehensive state legislative and engagement strategies in support of PhRMA’s priorities in Delaware, Maryland, Pennsylvania and Virginia.

A native of Virginia, Nicole graduated from James Madison University and caught the bug for legislative affairs while working as a legislative aide for Senator Frank Ruff in the Virginia State Legislature.  She would later represent the National Rifle Association as the State Lobbyist in the Mid-Atlantic and Southern Region as well as serving as Manager of Government Affairs for TAP Pharmaceuticals.

On the National stage Nicole served as the Director of Legislative Affairs for the Federal Home Loan Bank of Atlanta lobbying the United States House Financial Services and Senate Banking Committees. She continued with her work on rural housing and community banking issues as the Senior Lobbyist for America’s Community Bankers, where she also served as a resource on farm credit issues. At the National Grange, Nicole served as the Legislative Director, leading the National legislative agenda and partnered with PhRMA to advocate for rural healthcare and tele-health issues before Congress.

Nicole was appointed to the Virginia State Chamber Commerce and the Virginia Center for Health Innovation Board of Directors in 2015. Nicole and her husband live in Richmond, Virginia with their two children. Of all of the roles she has served in, Nicole is proudest of being able to say she was an advocate first in all of them.