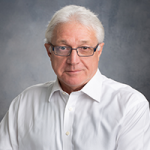 Congressman Greenwood is the immediate past President and CEO of the Biotechnology Innovation Organization (BIO), the world’s largest biotechnology trade association consisting of over 1000 members with the mission to advance biotechnology innovation by promoting sound public policy and collaboration both globally and locally.

He is responsible for achieving international, federal and state policy conducive to the success of these highly innovative companies.

Greenwood was elected to the Pennsylvania House of Representatives in 1980 at the age of 29. He was elected to the State Senate in 1986 and to the US House in 1992. In Congress he was appointed Chair of the Energy and Commerce Committee Subcommittee on Oversight and Investigations. In that role he led high profile investigations into Enron and other corporate malfeasance, cyber and bio-terror threats, the NIH, the Los Alamos National Laboratory, the national opioid crisis and numerous others.

In 2005, following six terms in the U.S. House of Representatives, Greenwood voluntarily left Congress to assume the presidency of BIO. There he greatly expanded the size, scope and effectiveness of the organization which is now known as one of the most effective and well respected trade associations in Washington, D.C..