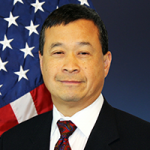 Dr. Geoffrey Ling is an internationally recognized expert in brain health. In addition to his role as CEO at On Demand Pharmaceuticals, Dr. Ling is a Professor of Neurology and Attending Neuro-Critical Care Physician at the Johns Hopkins Medical Institutions and an Emeritus Professor of Neurology at the Uniformed Services University of the Health Science (USUHS). Dr. Ling serves on the Advisory Board biotechnology and science organizations, most notably as Chair of the Veterans’ Administration (VA) National Research Advisory Council and as Member of the National Football League’s (NFL) Health Foundation Board.  He was previously on the Advisory Councils of the NIH-National Institute of Neurological Diseases and Stroke (NINDS) and the NIH-National Center for Advanced Translational Science (NCATS).

Previous appointments include serving as Director, Division of Critical Care Medicine, Depts. of Anesthesiology and Surgery at USUHS, where he created and led a research laboratory for traumatic brain injury (TBI) to elucidate basic neurophysiology mechanisms of this condition, and create new diagnostic devices and treatments. With federal funding, he created the Center for Military Clinical Neurosciences, a perpetual research center focused on developing better understanding of and treatment for neurological diseases suffered by military service members.

He was the founding Director of the Biological Technologies Office at Defense Advanced Research Projects Agency (DARPA). While at DARPA, his portfolio included establishing and managing the Prevent Violent Explosive Blast program, which sought to elucidate the mechanisms by which battlefield blast explosions cause brain injury; the Reorganization and Plasticity to Accelerate Injury Recovery program, which developed a predictive quantitative model of brain reorganization during recovery; and the Restoring Active Memory program, which developed technology to restore memory following brain injury. He established and managed the Revolutionizing Prosthetics Program at DARPA, which was an effort to create the first brain controlled human prosthetic arm and hand; the Battlefield Medicine program, which developed technology to produce needed medicines at the point of care; and the Predicting Health and Disease program, an effort to produce a simple test that could determine who would become ill and when after an exposure to an infectious agent.

Dr. Ling served 21 years of active duty in the US Army Medical Corps. He deployed multiple times as a critical care physician, and on four additional in-theater missions as a member of the Joint Chiefs of Staff “Gray Team” to assess traumatic brain injury (TBI) care in combat. He was named as the first “Physician of the Month” by the 10th Combat Support Hospital and was requested by name to consult with Congresswoman Gabby Gifford’s trauma team following her tragic attack.

Dr. Ling has a BA in Biology and History from Washington University in St. Louis, a medical degree from Georgetown University, and a Ph.D. in neuropharmacology from Cornell University. He is board certified in both neurology and neuro critical care. He has published more than 200 peer-reviewed primary research journal articles, review articles, and book chapters.