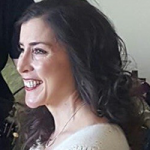 Founder and CEO, The Center for Advancing Innovation

Rosemarie Truman is an entrepreneur, growth strategist, distinguished corporate executive, angel investor and prolific startup catalyst. Currently, Rosemarie is the Founder and CEO of the Center for Advancing Innovation (CAI), a 501c3 non-profit which has been coined “Tinder for Startups” by Nature and “Shark Tank on Steroids” by BIO. CAI’s mission to identify breakthrough inventions and maximize their commercial potential. Under Rosemarie’s leadership, CAI has earned numerous awards and recognition from Health and Human Services, the White House, the Federal Laboratory Consortium and more. CAI has also been featured in the Washington Post, Wired, Huffington Post, Nature, and several other publications. Rosemarie also serves as Director of the DC-metro chapter of the Founder Institute, the world’s largest startup accelerator program. In 2016, the CAI’s Breast Cancer Startup Challenge was recognized by the White House in a list of President Barack Obama’s top 10 actions to advance entrepreneurship and at #36 out of 100 “Examples of President Obama’s Leadership in Science, Technology, and Innovation” for our part in accelerating the transition of lab research to commercial products on the market.

Rosemarie’s specialty is growth and investment strategy, having led growth strategies for 50 of the global Fortune 100 companies in over 15 countries. The strategies that Rosemarie led have resulted in $300+ billion in “net new” top line yearly revenue and 190+ new products on the market.

Prior to launching her own firm, Rosemarie spearheaded IBM’s Innovation strategy practice globally. At IBM, she was awarded IBM’s most laudable honor, the Golden Circle Award. In addition, she has also held notable leadership roles at Booz Allen Hamilton, Oracle, PRTM, and Marsh & McLennan, where she served as VP of global strategy. Rosemarie began her career at Goldman Sachs. Her core competencies are in leadership, strategy consulting, investment banking and entrepreneurship.

In her spare time, Rosemarie also writes for Forbes and sits on company boards.